Central Zones Netball took place at the Auckland Netball Centre in St Johns on Friday 13 August 2021. Anyone superstitious would have thought it was the worst date to have a tournament, but luckily for the RI girls it was quite the opposite.

The forecast was for thunderstorms by 1pm, but just like our RI girls, the weather kept shining!

Despite winning just a few games, the Year 8 girls were up at half time in the majority of their games. Demonstrating high quality netball throughout the day and finishing in 10th place. Even though we didn’t get the results we were after, we went home knowing that we only lost to the teams which came 1st and 2nd by a mere one or two goals - what a great feeling!

On the 28th of July, a Year 7 and a Year 8 boys netball team travelled to Windmill Courts for the Central Zone competition.

With a nervous bunch of 9 Year 7s, they did not know what to expect and the 9 Year 8's placed the pressure on as they expected the Year 7s to continue to hold Remuera Intermediate's reputation within boys netball.

Welcome to the start of the 2020 Netball season. We are looking forward to another exciting year of action on the courts. Please take time to read the information below and complete the attached form to give permission for your child to attend the upcoming netball trials for 2020. Please return the completed form to Mrs Herbert in the Digitech room by Monday March 2nd. No form, no trial, no exceptions.

It had been a week of rain and hail but come Friday 9 August the weather had cleared (well sort of!) The day was filled with mixed results, with the Year 7 Girls finishing in 5th place and the Year 8 Girls in 9th place. Interestingly, the games the girls lost were by only one or two goals, which was an outstanding effort. Everyone showed fantastic skills and even better sportsmanship. Even though we didn’t get the results we were after, we went home knowing that we only lost to the teams which came 1st and 2nd by a mere one or two goals - what a feeling!

On Friday 2 August, 21 boys headed to Windmill Courts to compete in the Central Zone Boys Netball competition.
It was a great, exciting and nail-biting day that saw the Year 7 Boys team place 2nd after losing a close game to Waikowhai by 1 point.
The Year 8 Boys placed 1st overall after going up against some tough competition.
Both teams will be heading to the Interzone Netball competition on Wednesday 21 August. 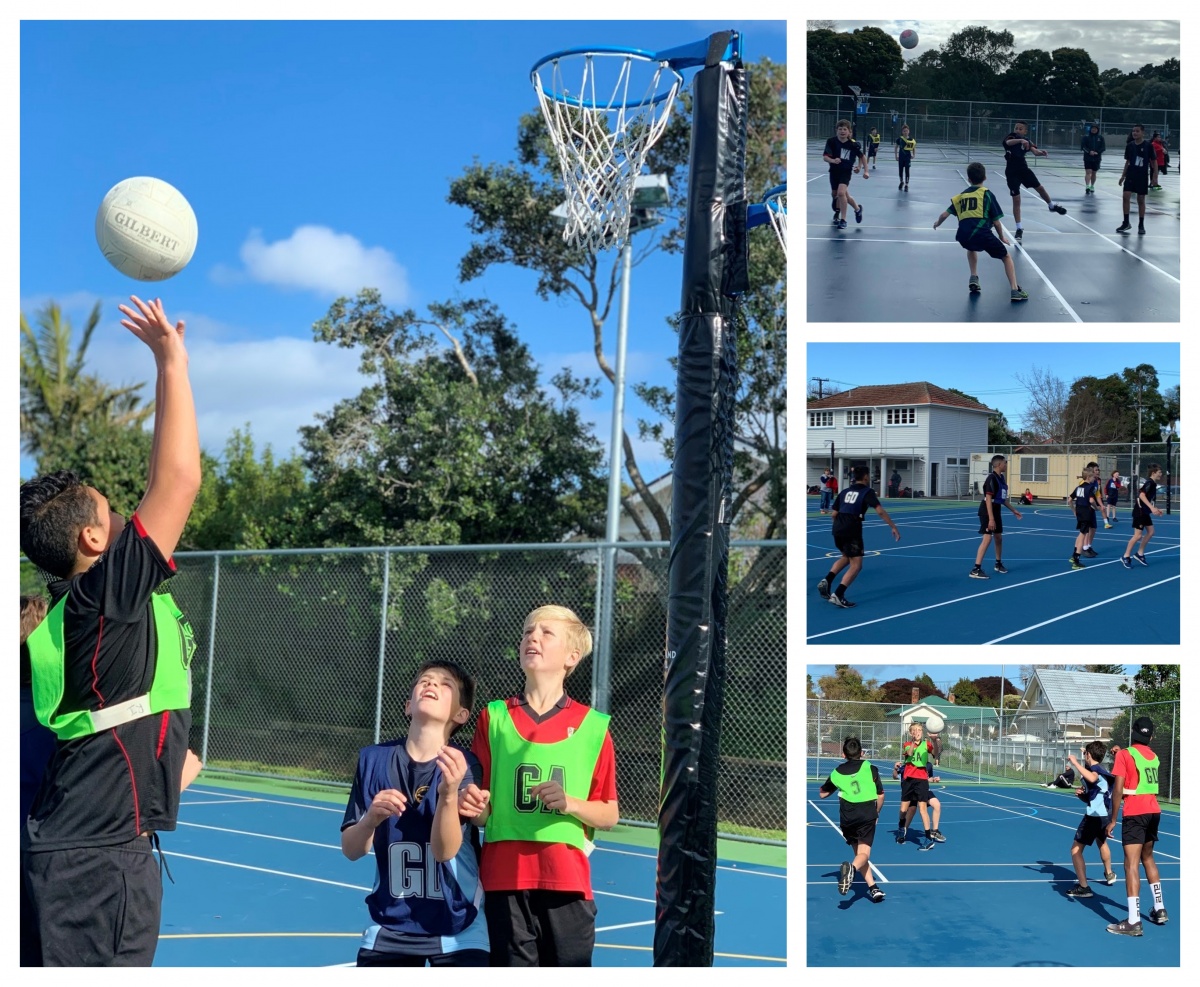 The Boys Netball teams had another very successful year in our Zone competitions.

The Year 7 team were strong across the court. We came together very well in our final few trainings and went through the entire Central Zone competition undefeated. Our team were extremely supportive of each other, but also showed fantastic sportsmanship to all opposition teams throughout the tournament - an exemplary effort for all other RI teams to take note of.

All games are held on Tuesday afternoons/evenings at Auckland Netball Centre, Alison Fergusson Drive, St Johns commencing on Tuesday 08 May 2018 and last game on Tuesday 25 August 2018.

Trials Permission Slips should have now been submitted.