So Starburst 2020 was different from other years. Due to the zombie apocalypse, sorry, the pandemic, plans had to be revised, altered and regenerated. During lockdown 1 the script for ‘’Vision of Hope’ was developed and completed by a group from Starburst that met regularly with Mr Zemke on Google Meet.

‘Vision of Hope’ is an original musical story which depicts a very troubled and polluted world and a group of kids, called ‘the broken’ that have to save the day and repair the planet. Their mission that they discover in a dream is to unite the four elements, Earth, Water, Air and Fire. They have to visit each group in their separate location and convince them to stop being selfish and think about the betterment of everyone and instead join the broken on their journey to enlist all of the elements and their special powers. Of course, we all need to sing catchy, fun songs together along the way.

It became important to us that we would share this powerful story with others and to assist others to not lose hope during a year which has been difficult. We needed to be flexible about our performance date and had to move it from term three to term four which meant the starting of a Year 7 group became delayed. As soon as we were able to return to school and to let the group reform we endeavoured to rehearse and piece the production together. It required all of us to make some sacrifices in order to work towards putting on an excellent production to share with our parents and the school community. 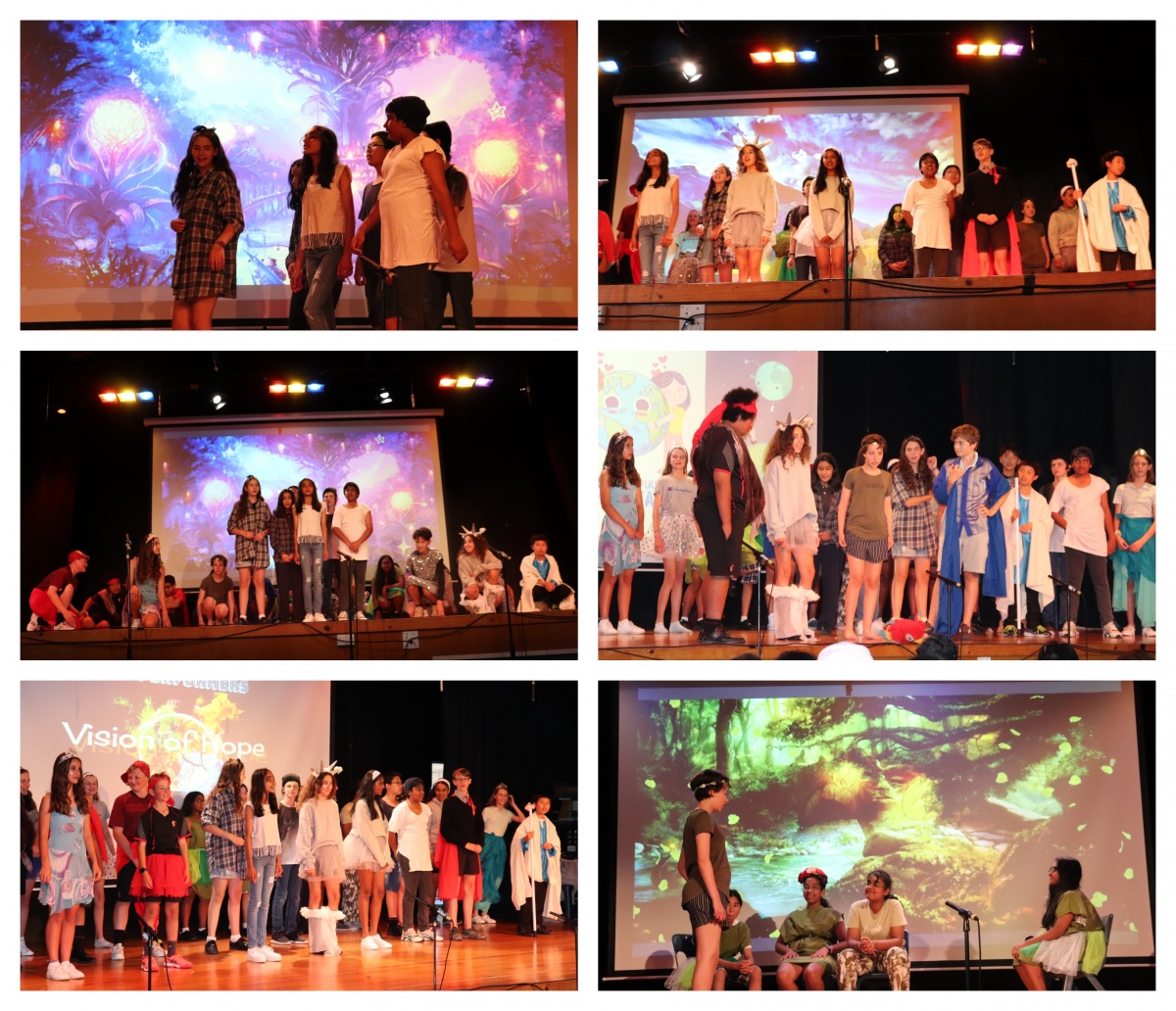