On the evening of 25th August, the two Year 7 and two Year 8 Mathex teams competed in the Auckland Mathematics Mathex Competition.  After the 2021 competition was cancelled due to Lockdown, it was wonderful to see our teams have the opportunity to take part again. Over 120 competing teams were in each year group and it was great to see the excitement from the hundreds of competitors and their very vocal supporters.

Our Year 7 teams were up first and within the 30 minutes allowed, finished on 100 points and 95 points. A great effort from both teams.

The Year 8 teams were up next and I am proud to say that Team A finished in 3rd place, with Team B not far behind.

Of the over 60 schools taking part in the Year 8 competition, RI were one of only five schools to get both teams scoring 100 points within the 30 minutes. A fabulous effort! 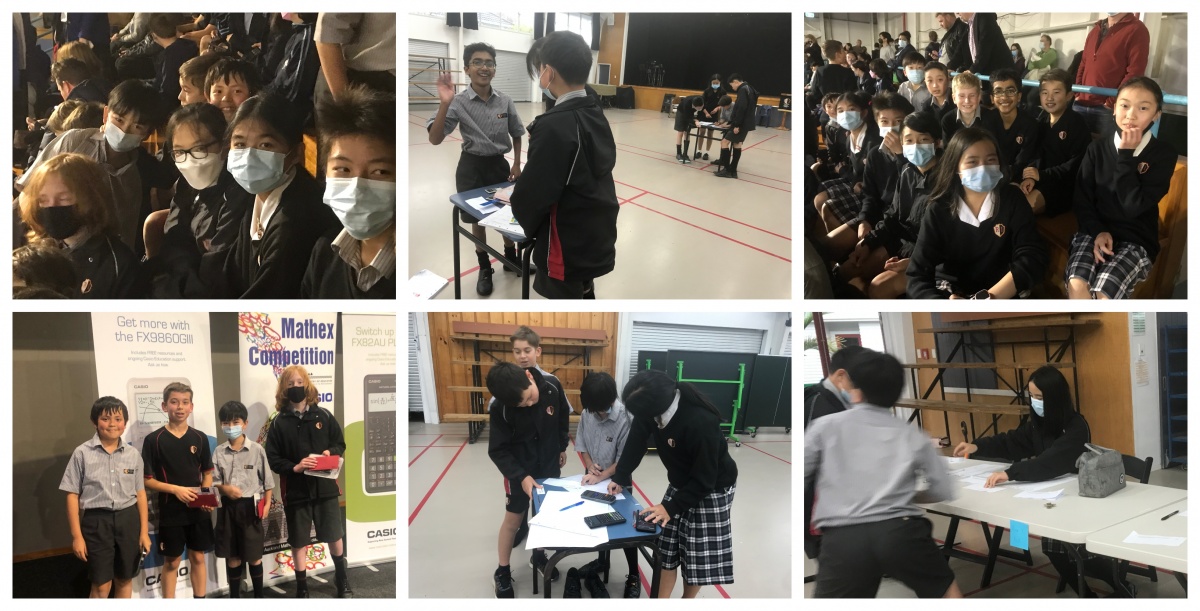